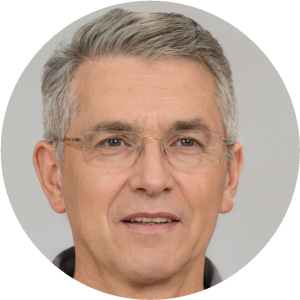 (Rated from 155 reviews)
Menu
If you have a question about your offshore banking options, simply complete our ‘Contact Us’ form and we’ll get straight back to you.
GET IN TOUCH

What is Offshore Banking?

Offshore banking is simply banking in a country other than your own. However, most people who opt for opening an offshore bank account do so in countries that has little to no taxation.

The majority of offshore banks are located in islands, such as the Bahamas and the Channel Islands, but offshore banks can also be found in landlocked countries, including Switzerland and Luxembourg.

The main benefit that comes to mind with offshore banking is tax limitations; it is also the most misunderstood benefit. Very few people qualify for the tax limitations because almost every country requires their residents to report all interest income, even if it is earned abroad. Asset protection and confidentiality are some of the most important reasons why people bank offshore.

Protecting your assets is important because nobody wants to lose everything that they own, but the protection is only as good as the confidentiality laws. Offshore banks are not regulated as mainland banks, so government intervention is minimal. With offshore banks, your privacy is 100% guaranteed. Other benefits to offshore banking include escaping political and financial instability in your home country and higher interest rates.

In answering the question what is offshore banking, one must look at the disadvantages to get the clear picture. One of the worst things about offshore banking is the reputation that it has received. When people hear offshore banking they tend to think of the super rich hiding their money so they will not have to pay taxes.

The truth is while some use offshore banking for illegal purposes, it is a great option for many people who are looking to collect higher interest on their investments or whom simply want to protect their assets. Since the bank is located in another country, visiting the bank is not something you can do easily. Luckily, if you use a reputable company to set up your account there is never really any need to go visit the bank, everything can be done from home.

Is Offshore Banking Right For You?

You can contact us and speak to our reputed financial adviser if you want to know more on what is offshore banking. When it comes to asset protection and higher interest rates, then offshore banking becomes the best choice for your hard earned money or assets.

You can then use this information to make educated decisions with regards to whether or not you wish to open an offshore bank account, as well as where the best place to open an account is.

When it comes to investing offshore how do you know where to go, is one place really better than the other?

The truth is every jurisdiction is going to offer something different; after all, they are trying to attract your business away from the other places. Offshore banking locations are generally divided into two groups, one with low taxation, and one with zero taxation.

Most European countries that offer offshore accounts are in the first group. Countries such as Switzerland, Malta, Republic of Ireland, and a few others offer what is known as tax shelters. Central American countries, islands including but not limited to the Cayman Islands, Dominican Republic, and Panama, fall into the second group and are usually the preferred location for offshore banking.

However, where you end up opening an offshore bank account will depend on what benefits you want to receive and how much you want to save in taxes.

Who Can Go Offshore

While it used to be that only the very rich or the larger corporations had offshore bank accounts, it is quickly becoming more commonplace. In general, anybody who wants to protect their assets or benefit from higher interest rates is welcome to go offshore. However, you will want to keep in mind that it does cost money to go offshore, how much depends upon where you go.

Many people think that tax limitations is the main reason why individuals and corporations choose to go offshore, but the truth is most countries require all income be reported no matter where it is earned. Therefore, most people do not receive any type of tax benefit by going offshore. Asset protection and higher interest rates are probably the best benefits to going offshore, but are certainly not the only benefits. Going offshore also allows people to escape any political or financial instability in their home countries, as well as reap the rewards of higher interest rates.

Tax benefits from offshore banking is not the same thing as evading taxes, even offshore banks have to report how much money is in certain accounts. This offshore banking explanation will help you understand how it works in respect to reducing liability rather than evading what you owe.

One of the best tax benefits is the ability to reduce your tax liability in your home country. For those individuals and corporations who pay a higher tax reducing the tax liability is necessary, the less they pay in taxes the higher the profits.

Lowering tax liability is a great concept, but it must be done legally. Very few individuals are in a position to lower their overall tax liability simply by banking offshore. Some countries require income earned abroad to be reported, such as the United States. In general, the only people who benefit from the tax savings are those who have a tax liability to a country that has little to no taxation, but are currently residing in a country that has high tax rates.

To make the attraction of higher interest rates even better, offshore banks often pay out interest on income before it has been taxed. For individuals and corporations that live in countries that do not require reporting on income derived from aboard, this is a huge benefit. For those that live in countries that have a negotiable tax return, where tax is not paid on any income until the tax return has been agreed upon by all parties, it is also a benefit.

While offshore bank accounts are open to just about everyone there are still certain requirements that must be met, mainly how much money you must deposit. In order to open an offshore account some banks will require you to deposit £5,000, while the majority of banks require a minimum of £10,000.

While offshore bank accounts are open to just about anybody, certain criteria must be met in order to open the account.

Not all offshore banks are going to require the same information; here is a look at the basic criteria that must be met in order to open an offshore bank account:

Who Should Bank Offshore?

If you have any questions about offshore banking eligibility you can contact our office and speak to our reputable financial adviser.

Got a Question About Offshore Banking?

Want to Chat With the Leading Offshore Banking Expert in the UK?

Regulations are constantly changing, but we’ve found the leading offshore banking expert in the UK and he’s willing to answer your questions or assist if possible. Hundreds of people have saved a fortune on tax with some of his structures.

If you’d like us to connect you with him, please get in touch below.